Ghanaian Songstress Francisca Gawugah (Duncan Williams has thrown social media into confusion as she drops hot photo of herself on fakebook.

In a Facebook post spotted by unitedshowbiz.com on Sista Afia’s Facebook page shows a s*xually suggestive photo of the musician where her bre3st is almost coming out of her short straight dress.

Some few checks confirms that releasing such photos has been the Habit of Sista Afia as she had released a couple of such photos prior to her releasing this current one.

What is your take on this habit of female artist showing their bodies on social media? 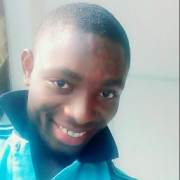